“Divine Light embraces humanity with all its imperfections and tries to illumine human ignorance
so that human life can be elevated into the divine life.”  ~ Sri Chinmoy 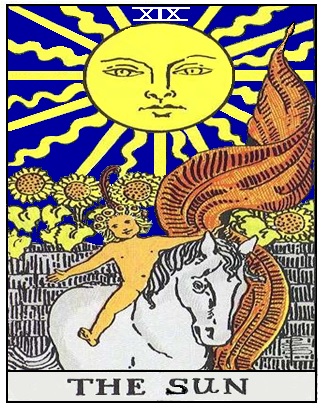 Over the ages Father Sun has been worshiped and held sacred in many guises as:

Egyptians called him Ra To the Greeks He was HeliosThe Romans, borrowing from the Greeks, called Him ApolloBaldur or Odin were His Norse appellationsAncient Irish traditions referred to Him as DagdaPersian culture called Him Mithras In the Anglo-Celtic mythos He was the Oak or Holly King, and of course,
Native Americans called Him, perhaps most directly, Father Sun.

The sacred symbolism of a perfect Circle with the (root) point
in the center was universal. 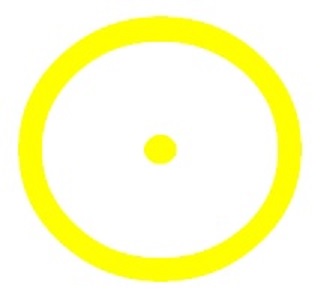 To the Plains Indians, for example, the sun was regarded as a mighty power, though not the mightiest; he was the first and greatest of the intermediaries who brought the power of Creator down to earth, but not the actual Creator itself, who they called “Great Mystery.” 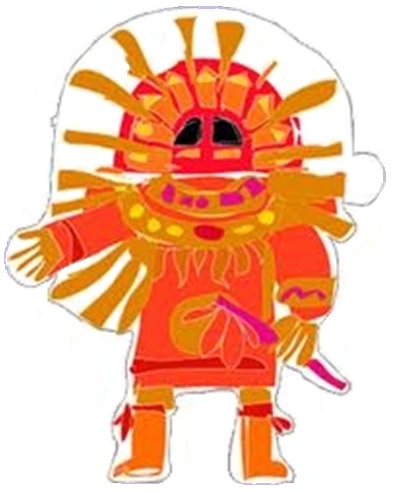 They recognized that without Father Sun’s light and energy, showered upon Mother Earth in so many mysterious ways, that She could not give birth to all her children.  She would be barren.

So it is that, in one guise or another and throughout all traditions, Father Sun came to symbolize:
The Source of DIVINE LIGHT

The Procreative Energy of LOVE The Projection of INTENT Limitless Creative POWER Personal INTEGRITY The Archetype of the HERO who, like the Sun, always rises and, The SOURCE of all “local” MATTER, for we are all “the stuff of stars.”

His Color is DEEP SKY BLUE which honors the sky home of Father Sun and represents the hottest Blue color of the flame which burns out all impurities.  The Part of the Plant which is ascribed to Him is the SEED – from which all must grow and its Plant Totem, quite naturally, is the SUNFLOWER.

His Element, of course, is FIRE but, unlike the Fire of the East, His is the eternal Flame of Spirit that burns within.  The Spirit Guides that he has been associated with are the HIGHER SELF, OUR ELDER BROTHER and the INNER SUN.  His Minerals are CARNELIAN and the OPEN GEODE and His Lessons are those of ACTION, POSITIVE ENERGY and an understanding of the MASCULINE PRINCIPLE.

As with the preceding Directions, you may claim the attributes and powers of Father Sun as elements of the whole of the Medicine Wheel that YOU are.

Embrace Him in your heart, feel His warmth within, and say: I AM/WE ARE FATHER SUN!